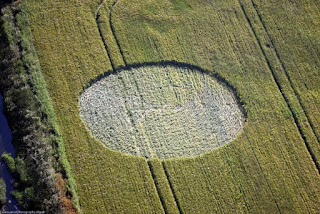 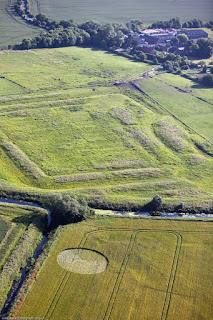 LOCATION OF CROP CIRCLE: Field next to iron age and Roman earthworks near village of Hawton, near Newark Nottinghamshire.

The earthworks are known (locally at least) as the Hawton Redoubt. This is an English Civil War site but I believe that there is evidence that there have been both iron-age and Roman sites there previously. Earthworks are one thing we're not short of around Newark with it being a major site in the Civil War with Charles 1st being there. (and Cromwell).